tl;dr: A proposal to allow our politicians to show us how well they each can manage a simple business...

California politicians recently passed the so-called “Fast Food Recovery Act”, a.k.a. FAST Act, a.k.a AB257, which sets up a 10-member unelected council to set minimum standards for wages, working conditions, maximum hours worked, security, and more, according to USA Today. The “Fast Food Recovery Act” name is telling: apparently, the fast food industry in California is in trouble and needs government intervention to recover from what ails it. Also, apparently, sit down restaurants are not in trouble, although one wonders about “fast casual” restaurants. And what about the neighborhood taverns, wine bars, and coffee shops?

You might expect me, with my free market leanings, to be against AB257. However, I’m well aware that we operate in a system of state-directed capitalism. I would actually go further with AB257, as dictating some of the aspects of how a fast food restaurant runs may not be enough to achieve a lasting recovery. Why not let our politicians each run all aspects of a restaurant for a year, to show us all how it is done? This could also be a trial for them, to demonstrate their fitness for office. 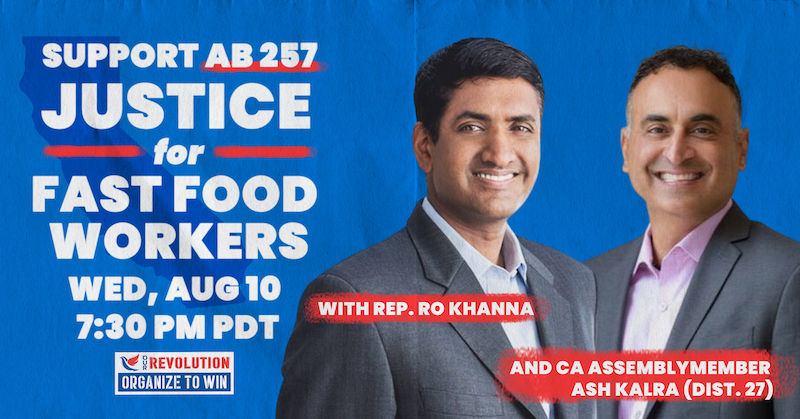 Give each candidate a simple business to run for a year: a six seat lunch counter would do. The hopeful politician would no doubt set wages high, as AB257 aims to do. He/she would have to do all the hiring, management, scheduling, and firing, although what politician would dare upset a potential voter by firing him/her? The politician would design the employee benefits program, no doubt making it a generous one. The politician would also set menu prices and the contents of the menu itself: clearly, the restaurant would serve healthy food (salads rather than fried food) at a fair price, so as not to harm or exploit customers. He/she would negotiate with suppliers, the landlord, and deal with all local, state, and federal regulations and taxes. At the end of the year, the politician gets to pocket all the after-tax profits, or pony up for the losses in the unlikely event there are some.

Most of our politicians, especially the career ones, are lawyers by education and training. This makes them somewhat disconnected from the real world, as I discussed in my Breakfast at the Law School post. Some of our politicians have never worked a single day in the private sector in a business that makes a product or service delivered to everyday consumers. The “six seat lunch counter” experiment would not only be educational for us in the general public, as the politicians show us how to run a small business, but I daresay it would also be educational for them.

My six seat lunch counter idea may seem frivolous, but it actually has already been tried, albeit on a somewhat larger and longer scale. The first U.S. presidential election that I can remember is the 1972 election in which Democratic Senator George McGovern challenged the incumbent Republican President Richard M. Nixon and lost handily. After leaving the U.S. Senate, McGovern saved up his money and purchased the Stratford Inn in Connecticut, which he ran for four years before it went bankrupt. He then penned a mea culpa to the Wall Street Journal titled A Politician's Dream Is a Businessman's Nightmare. In case that link doesn’t work for you, McGovern’s article is discussed in What George McGovern Learned from Running His Own Business. McGovern voices many regrets, perhaps best summed up in his comment that “in retrospect, I wish I had known more about the hazards and difficulties of such a business...”

AB257, like AB5 before it, is being challenged by industry, which has come up with enough signatures to place a measure on the ballot in 2024 to repeal it. Perhaps, like AB5, it will be repealed. If it remains in place, however, I’d like to see it beefed up so that the six seat lunch counter experiment becomes a reality for all California politicians.