tl;dr: Timing is everything: Oresis was just another casualty of the bubble bursting...

Part One: Starting a startup

I have to be careful in writing this part of the story. While there were certainly some interpersonal conflicts that developed, in the end nothing could have made Oresis into the success we had originally envisioned. I don’t hold any hard feelings towards anyone. There was one decent alternative path that could have been taken, but the powers-that-be were not interested in pursuing it because no one yet understood how severely the bubble would burst.

Strangely enough, in the first board meeting after we had closed the $25 million third round of financing and Ali Sarabi had joined the company as CEO, the VCs on our board voiced their recommendation that we should immediately go out and raise an even larger round of financing. The money spigot was still flowing, and they thought we should bulk up as much as possible. “Get big fast” is what VCs want to see, even if the company is not yet profitable.

Ali did not immediately embark upon raising more money. He arranged some partially-collateralized debt financing and, in early 2001, closed the company’s largest round of funding: $65 million, nearly twice what the company had raised up to that point. It would be the last round of funding the company would ever receive.

The bubble had started bursting in 2000, but it was the pure e-commerce dotcom companies like pets.com that folded first. The Internet was, of course, still growing and the demand for bandwidth seemed insatiable, but later in 2000 and throughout 2001 the high-flying carriers, in particular Bernie Ebber’s Worldcom, Global Crossing, and the broadband division of Enron, started to falter. Eventually Wall Street wised up and stop funding the carriers, who then stopped buying equipment to further expand their networks. Oresis and every other supplier that sold to the carriers was negatively impacted.

We had shipped our first beta ISIS-700 to Williams Communications in 2000. Williams was a natural gas pipeline company that ingeniously realized they could easily become a fiber optic backbone carrier. They invented a device they called the “pig”, which was basically a balloon the size of the diameter of a pipeline, with an attachment on the back to which a fiber optic cable could be attached. They’d put the pig in the pipeline and create a pressure differential: the pig would zoom down the pipeline, laying cable behind it which would remain in the pipeline. Effectively they used the pipeline as a huge conduit. Williams had built and sold one network, and they were in the process of doing it again when they tested the ISIS-700. However, as the bubble burst and carrier funding dried up, Williams ended up going bankrupt. It’s not a good sign when your first potential customer goes bankrupt.

Once Ali arrived, the culture of Oresis of course started to change. Ali installed several key managers that he had worked with at Intel. One of these managers was a smart technologist that had worked under Ali for more than a decade: Ali wanted him to run Engineering, so I stepped aside. At that point we had exhausted the supply of available talent in the Portland area that knew much about networking, so I was given the task of opening up a remote office in Ottawa, Canada, the home of Nortel Networks and many other networking companies.

Ali had only ever worked at Intel, whereas even though I was younger than Ali I had seen six different company cultures before founding Oresis. Oresis started to do things the Intel way. When people who were not used to it asked me about it, I would tell them to read Andy Grove’s High Output Management. There’s no doubt that Intel has been incredibly successful designing and manufacturing complex integrated circuits, but their list of successes in the software realm is a lot shorter.

Another source of tension, besides my changing role and the changing culture, was that my wife and I had given birth to our second child in 2000. I wasn’t about to put my family plans on hold for Oresis. But having a newborn meant that I couldn’t put in as many hours in the office on nights and weekends as others did. To this day there is still public debate about work cultures at startup companies. Based on my experience I would not recommend having a young family if you are thinking of being a principal in a VC-backed startup company. 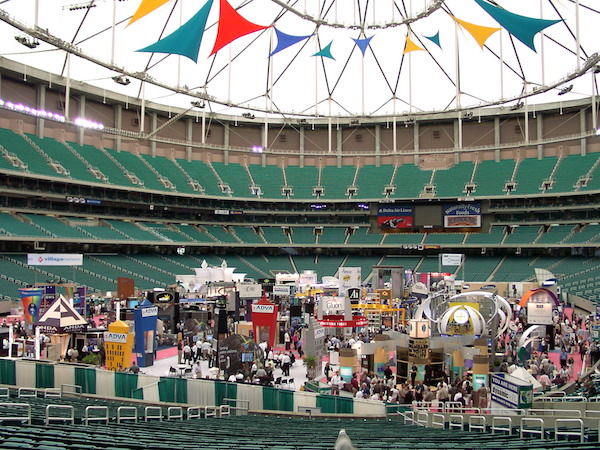 The most significant rift happened when my ex-boss from ADC Kentrox, Rick Gilbert, who had taken Copper Mountain Networks public and held a board seat at Oresis, made overtures to explore the possibility of Copper Mountain acquiring Oresis. Copper Mountain needed a new high-end switching platform and was interested in the capabilities of the ISIS-700. Becoming acquired by a company like Copper Mountain was not, however, in the original plans, and didn’t match up at all with the hiring of Ali Sarabi, who was supposed to take the company public.

I wanted to at least explore the possibility of a Copper Mountain acquisition, but I was voted down by pretty much everyone. This put me and Rick on the outs. Rick left the board almost immediately, and I left the company not too far behind Rick. I ended up joining with Rick again by taking a job at Copper Mountain, as eventually did another Oresis cofounder, Andrew Alleman. We (and many others) brought to market a new networking product, the VantEdge, that Copper Mountain had developed internally instead of buying Oresis and the ISIS-700.

Had Oresis been acquired by Copper Mountain, it’s likely that some (but definitely not all) jobs would have been saved. (An aside: Copper Mountain itself ended up being acquired by an Oregon company named Tut Systems, which then was acquired by Motorola.) When I left Oresis it still had more than half the $100 million that had been raised in the bank, but the market was getting worse by the day. I lost access to the internal details, but the company appeared to me to try some minor pivots and continued to spend money at a fairly high rate until the very end, when it finally ran out. The assets were sold for pennies on the dollar, and Oregon’s highest-flying dotcom/Internet/telecom bubble company was no more.