Is Federal Reserve (Fed) Chair Jerome Powell doing a good job? The answer depends on what you think that job is.

At the end of 2020, Jerome Powell was being lauded by most of Washington, Wall Street, and the mainstream press (see The World's Best Bureaucrat in New York magazine). The Federal Reserve had responded to the onset of the COVID-19 endemic by injecting unprecedented amounts of money into the banking system and buying up bonds to allow Congress and the President to spend with abandon. Supposedly this minimized the harmful impact of the endemic and helped the economy recover quickly. Powell spent most of 2021 claiming that the rising consumer price inflation was “transitory”, and finally retired that adjective so as not to appear completely oblivious. With U.S. consumers now suffering through the highest consumer price inflation in 40 years (the annual increase in the consumer price index (CPI) hit 8.6% in May 2022), Powell is taking heat on inflation. The hero of 2020 has become, to some, the goat of 2022.

The Federal Reserve has a dual mandate to achieve “price stability and maximum sustainable employment”. With CPI at a 40-year high, clearly Powell and the Fed are doing a lousy job on price stability. It’s arguable how well the Fed is achieving the employment mandate. The headline unemployment rate among active participants in the workforce is low, which might appear to indicate we’re nearing “maximum sustainable employment”, whatever that phrase means. However the total number of employed people is still slightly below where it was at the onset of the endemic in early 2020, and is further behind where it would have been had two-plus years of endemic-free growth happened. The labor force participation rate is also disappointing, as lots of potential workers are sitting on the sidelines. Powell’s performance on the dual mandate is mixed at best. 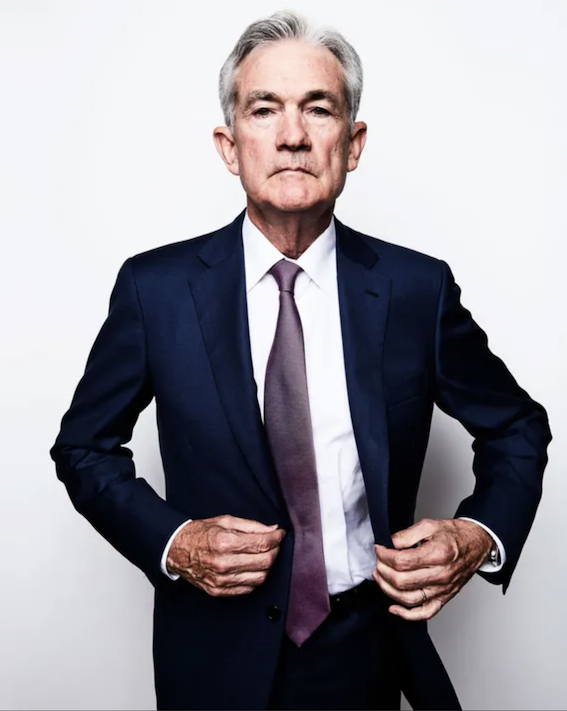 As described in Christopher Leonard’s book The Lords of Easy Money, when he first came to the Fed Powell was a skeptic of the money creation method known as “quantitative easing” (QE). However Powell came to embrace it and has now, as Fed Chair, done more of it than any other prior Fed Chair. Christopher Leonard builds a strong argument that QE and the Fed’s money creation have created asset bubbles, expanded wealth inequality, and distorted the U.S. economy to the detriment of many workers. If you believe Leonard, then Powell deserves some of the blame for these systemic maladies.

There’s also been an insider trading scandal at the Fed during Powell’s tenure, and allegations that Powell himself executed improper trades. This is why I want to force Powell and other government insiders to bet on Team USA.

Yet there is one area, more important than all the others, where Powell has done a great job: he has successfully kept real interest rates on U.S. Treasuries negative, which allows the federal government to begin to inflate away the massive amount of debt that has accumulated over the years. This hurts bondholders, which is why I sold my bonds more than two years ago at what turned out to be very near the end of the 40-year bull bond market. This pain is necessary.

We have to inflate away debt, at the country, state, municipal, corporate, and personal levels. There’s simply no way to pay it back with dollars that are worth anything close to the dollars that were originally lent. Since our politicians won't raise taxes or cut spending, and since the U.S. Treasury Department refuses to default on the supposedly safest security in the world, inflating away debt is the only viable path forward. When you look at what we collectively owe now, and owe in the future once you factor in guaranteed entitlements, it's a mind-boggling number. Unless those future dollars are going to be worth a lot less than today’s dollars.

That's why I say Jerome Powell is the junk bond salesperson of the decade. This adds a secondary definition to the term "junk bond": one that pays a negative real rate. U.S. Treasuries are junk bonds. The options are to explicitly default, in which case people would fully realize they are junk, or to inflate away the principal. Either option makes them junk bonds, in my book.

We Americans need to realize that they can't have it all: low taxes, high spending, rich entitlements, and no inflation. Something has to give. It will probably take around ten years to inflate away enough debt to start paying a positive real rate of interest again, and to get inflation fully under control. I’ve already lived through one great inflation in the United States (see Dying of Money, by Jens O. Parsson), in the 1970s. We’re already two years into this latest great inflation.